In mid-July 2019, I was back in the same area where I guided my first Barra 10 years ago. As fate would have it on that day, safely in the landing net I cradled the second biggest Barra I’d ever been apart of catching (the biggest came from just around the corner).

But this fish was far more than a simple photographic trophy. To me, it represents something far more important, something that can’t be measured on a brag mat.

This Barra represented the culmination of years of study and hard work, persistence and above all, support and belief from some very special people surrounding me. I felt calm and in control as the 117cm Barra slid gently into the net on the first day of a 7-day live-aboard mothership charter to West Arnhem land. Barra this size aren’t often encountered while sight casting in shallow clear water and when they do appear, we as anglers often find ourselves under-gunned and underprepared. As luck would have it this time things went our way. Once fish was admired, photographed and safely released back, the whole crew celebrated with a cold beer. I then took a moment to reflect on the journey that brought me here.

A long time ago I was given the chance to live out a dream.

A great man gave me a chance, without prior experience or qualifications to take the tiller of a small tinny and guide clients through what has become the greatest challenge, adventure and learning curve in my life.

This was the first trip I’d had back to the area since Robin Croxson (Croco) sadly passed away in May 2019.

Rob had a huge impact on how I continue to view and live the life of guided fishing.

My first guiding job took me onto the water only two weeks after my appointment as a guide. I had a box full of new lures and butterflies filled my chest but I was determined to do Croco proud. I binged on as much info on the location and local techniques as I could find and was as prepared as I could possibly be. 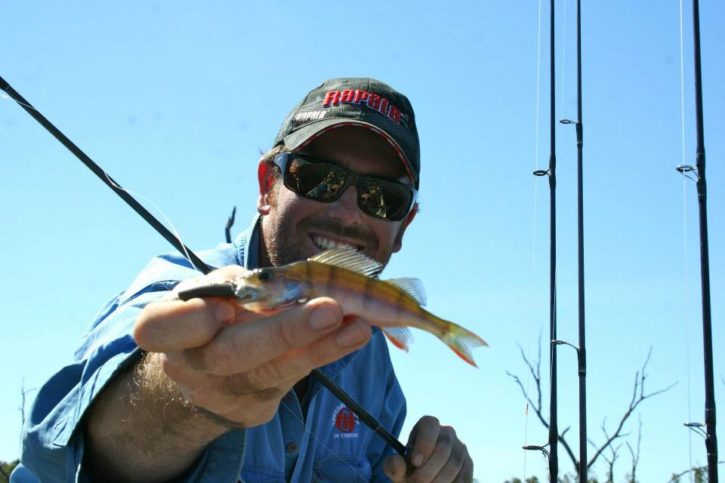 “So how long have you been doing this?” one client asked. “My first trip” I said. “So how many times have you fished here before?” another said.  “Never, first time here as well…”  Always finding it easier to tell the truth than remember a stack of lies.

I stumbled through the first trip, holding my own against the others, mostly due to them telling me exactly where to go, when and what to do.

I was an experienced wool classer, contract musterer, truck driver and earthmover. I’d just finished working as a roofer in Darwin’s wet season, but I was not a fishing guide, not by a long shot.

Unlike a born and bread Darwin fishing guide I didn’t have years of experience leading up to the day when I took my first clients. I loved fishing but wouldn’t say I was a natural at finding fish.

During the first year of my guiding, I was getting paid bugger all and never home. My relationship started to suffer and we were pretty broke. I was spending all my money on things that were seen as fun toys like new fishing lures, magazines, maps, tide books, almanacs and books about Barra fishing.

I was going to be a broke, single, shit fishing guide if I didn’t get this figured out.

It was a tough time and it was only through grit and determination that I got through. I was in it for the long haul and I wanted to give clients the experience of a lifetime while having a ball myself. 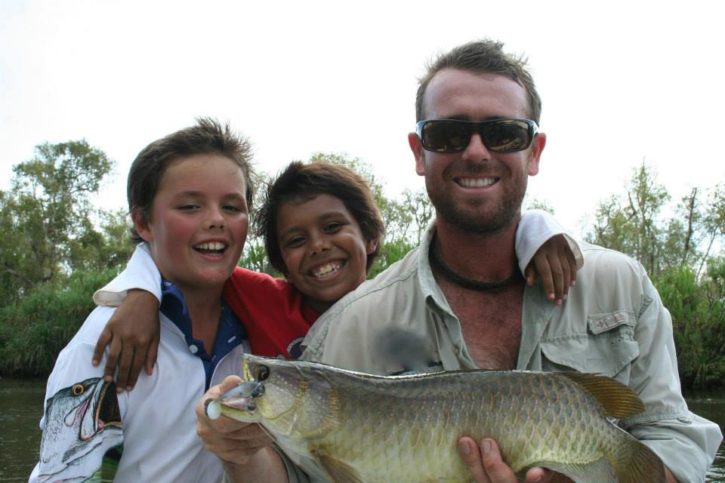 I spent the first 10 years of my working career on a perpetual walkabout around the globe and Australia, no plans in place and definitely no long term employment. Not a good start to a working career, I was told numerous times.

I soon found that the doctor and lawyer types I was guiding for fishing trips every day had done a lot of travel as well, I could talk about any of the 19 countries I have been to all while carrying a fly rod on my backpack with them.

As a keen reader I could talk to them about books, authors, philosophy and religion and most were very surprised to learn a feral gypsy like me had read both bible and the koran, a couple of times.
I had a thirst for story and information and these guys were interesting dudes. I’d found common ground.

After the first half of the season things stated to come together, I had been keeping a detailed diary about all of my observations as well as the other 3 guides on the boat, one of which, was my more naturally talented angling brother who I brainstormed with constantly. I had charts with drawings and scribbles all over them as well as books by Steve Starling, Rod Harrison and other greats with dog ears and highlights all through. I’d tabulated the tide chart and put it into an x y scatter plot and had an anglers almanac with more notes in it than the back of the dunny door at the Humpty doo pub.

I started finding my own spots, good spots, catching good fish, more than the other boys at times who had been fishing the area for years. I was using these experiences to build the knowledge bank even further and was regularly penning articles on my insights in magazines like Barra Bass and Bream, NT Fish and Boat and even had a weekly column in the NT News, the bills were getting paid and I was feeling more and more natural on the water. After 9 years and over 10,000 Barra over the side of my own guide boat, I’ve now got a pretty good idea of what’s going to happen fishing-wise from day to day. I know when to move to the next spot and when to revert to the back-up plan. I’m travelling when the fish aren’t biting and fishing when they are.

Every day throws a few curve balls at me, usually to do with the clients more than the fishing, but I’ve got plans for that too.

Looking back, my life as a fishing guide was initiated by great people who invested in me despite having no experience or qualifications. In particular, Croco’s life taught me a lesson that will always echo inside me: “Give someone a chance, change their life through belief and mateship and help them become the best version of themselves they possibly can.”

Find out what what our past safari guests have to say...

read testimonials
Connect with us